Conundrums of the Misses Culpepper Book 4 is HERE! “Sisters-in-law to marquises and wards of earls do not marry uneducated bastards with empty coffers.”

In this fourth installment of USA Today bestselling author Collette Cameron’s Conundrums of the Misses Culpepper series, a roguish sea captain battles his attraction to a gently-bred hellion. 1-make the final payment on his ship.

2-exact revenge for his grandfather’s murder.

He certainly shouldn’t interrupt years of planning to rescue a damsel in distress and see her safely to England. Nor should he foolishly entertain romantic notions about a future with the impulsive beauty. Even if she is the loveliest creature he’s ever laid eyes on, and only she makes him forget his past.

Blaike Culpepper once craved adventure and excitement. Until her impetuousness nearly caused her ruin. Now shadowed by scandal, and pursued by a madman, she finds herself obligated to the darkly handsome Oliver Whitehouse. Though she saves the swashbuckling scoundrel’s life and enjoys a forbidden kiss, the infuriating man spurns her.

Dare Oliver risk everything to pursue Blaike, despite the vast difference in their social stations, or should he sail away? Leaving his heart behind?

Caution: This novel contains a dark-tempered, devilishly handsome sea captain, and impulsive, sometimes mischievous heroine, multiple villains you’ll love to loathe, and a foul-mouthed cockatoo sure to make you giggle. Or blush.

GET YOUR COPY FOR 40% OFF THE REGULAR PRICE!

Available from all vendors!

The gold flecks in her sapphire eyes glittered with unspoken emotion.

A statement, not a question. Straightforward as always.

“Aye, I do.” Achingly, crushingly so.

Curse him for seven kinds of fool. The words he’d said in his head, in his heart, hundreds of times whispered forth. Three syllables that could change the course of his life forever.

“And you want to marry me.”

Hadn’t he just vowed to do what was best for her, to let her go?

“I do. More than I can express with mortal words.”

The door rattled, announcing either his much anticipated bathwater, or the poor fellow who drew the short straw and was obligated to see M’Lady Lottie above deck.

Bestowing a beatific smile upon him, Blaike clasped her hands before her.

“Oliver. What are you waiting for? Ask me to marry you.”

If only he could.

Even bruised and swollen, she was the most exquisite creature he’d ever seen.

“I . . .” How could he devastate her? This most precious treasure?

Brows drawn taut, she cocked her head and drew near him again.

“Is it because I haven’t told you I love you, too?”

She laid her palm on his lapel.

“You must know, I do, of course. So very, wonderfully much. And for such a long time.” She gave a tinkling, self-conscious laugh, and dropped her gaze to the floor for a second. “I have, I think, since I first saw you striding across that ballroom looking very much like a dashing buccaneer. You rescued me that night, too.”

Standing on her toes, she brushed her mouth against his, and electricity jolted to his bone’s marrow.

It took every bit of self-control and dogged determination not to enfold her in his embrace, tie his chivalry and noble intentions to the anchor, then toss them to the bottom of the Atlantic’s depths for all time.

“My answer would be yes. As soon as possible.” Her eyes lit up impossibly more, her exuberant smile exposing her neat white teeth. “Can you marry us? I’m not sure if that’s permitted, but wouldn’t it be a marvelous surprise for my family?”

Loathing himself for what he was about to do—what he must do—even though carving his heart from his chest with a dagger would hurt less, Oliver grasped her upper arms. With all the tenderness he could husband, he set her from him.

“I’m not asking you to marry me, Blaike.”

He firmed his hands briefly, conveying his earnestness.

“But why?” she managed, devastation now causing the glistening in her eyes that a mere instant ago had held such joy. “I know you love me. I’ve seen the way you look at me, and you said so in your sleep. And I love you. Utterly and profoundly.”

He’d said so in his sleep?

Bugger it. No wonder she’d been so buoyant. So confident.

Unable to look into her stricken gaze a moment longer, lest his noble intentions desert him, Oliver presented his back. For if he didn’t, if Blaike vowed she loved him once more, his resolve would crumble like a termite infested log.

“Please. Oliver.” His whispered name forced past Blaike’s tight lips, conveyed her life-altering torment and disbelief. “Don’t do this. Don’t reject my love.” 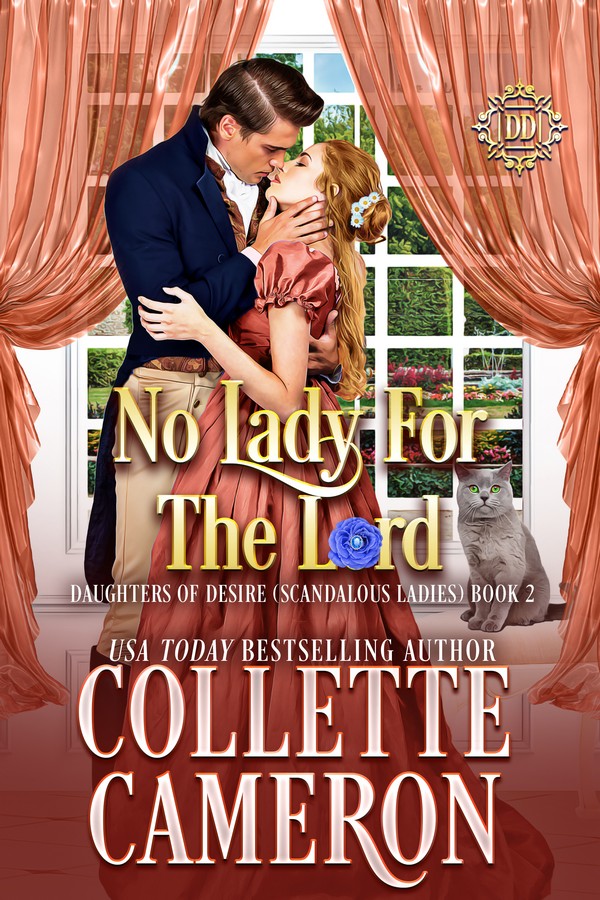